More companies are investing in the metaverse but how will they benefit from it? Here’s what are the main issues they are facing.

Metaverse as a vision for the future exists since the early 90s. We’ve all watched the sci-fi movies picturing reality as a half physical-half virtual Centaur-like phenomenon. It’s considered that the 1992 cyberpunk novel Snow Crash gave people a glimpse of What Might Be for the first time. The author Neal Stephenson sent readers to an imaginary urban setting that can be accessed via personal terminals or VR goggles. Sounds familiar, doesn’t it?

Strangely, the arrival of the 3D AR age was delayed for long enough. Even Meta’s CEO, Mark Zuckerberg, admits that the idea of developing a hi-tech world in a space beyond the physical has always been in the cards. Since the beginning of Facebook. Now that technology is finally catching up, the metaverse is inevitable and so attractive that no one can resist giving it a try, at least out of curiosity.

Just a few months ago, there were only a handful of metaverse cocoons and now they are hundreds, all of them undergoing a breakneck metamorphosis. Pokemon, Fortnite, and Roblox started out as novel spatial computer games, and today, being the closest rendition of a metaverse, they collaborate with big global brands and raise millions of dollars for scaling up virtual reality. A reality that consists of digital economy, virtual people, and eternal NFT art.

What are the opportunities and the challenges ahead of the early bird metaverse projects?

The metaverse is a network of virtual worlds built by different companies—for example, Decentraland, Apple, NVIDIA, etc. All of these will eventually coexist and will be interconnected. You, on your side, will be represented by one avatar (not multiple ones) for the different platforms. So, basically, you will hop from one digital universe to another, but what you own and use will remain the same and you can carry it forward.

What is there to have? A flat, furniture, air ticket, outfits, food, beauty treatments, concert pass, a painting – the list is endless. To purchase goods in the virtual world though, you’ll need crypto. As a result, metaverse builders integrate blockchain applications into Web 3.0 projects. The majority of these platforms also introduced their own cryptocurrencies. So, the metaverse is decentralized in theory and practice – a user or a player, as you may call it, can’t navigate much without a digital wallet.

On the other hand, blockchain secures the metaverse’s core technology, backs up intellectual property, and most importantly, ensures nobody acquires a monopoly. As Forkast News elaborates: “Blockchain will be essential for creating a thriving metaverse and providing the decentralized infrastructure needed. Indeed, for the metaverse to survive and not simply be a reenactment of the previous failings of the web, it needs to be open-source, interoperable, and controlled by the masses, not the few.”

Technology – once an opportunity, twice a challenge

Back to the question of what took the metaverse so long. Technology limitations. To be able to interact via your avatar in a simulated setting, an array of features and mechanisms should be predefined and fully activated: Augmented Reality (AR), Virtual Reality (VR), Brain-computer Interfaces (BCI), Game engines, 3D modeling, Edge computing, 5G, and more. Understandably, metaverse developers can hardly master all of these at once. Even if they do, the technical requirements for players may go through the ceiling.

There are additional difficulties regarding the blockchain type metaverses are built on. For example, the Ethereum gas fee is currently too high, which is an obstacle for users who don’t want to pay over $40 to finalize a transaction.

Nevertheless, shortcomings for some become advantages for others. Such is the case with Pax.world. The platform elevates the metaverse experience by providing a cutting-edge level of personalization thanks to its fully operational 3D game engine and spatial audio/video support. On top of that, Pax.world’s metaverse offers high-definition broadcasting capabilities for massive virtual events that can be easily accessed on Web, VR, and mobile devices.

Art in virtual reality is sometimes accused of being “simplistic and limited” but only by certain traditional artists and collectors. From the metaverse creators’ point of view, art can only bring dividends and make the metaverse adventure even more immersive and rewarding.

After the skyrocketing performance of NFTs during the last couple of years, nobody can deny that digital artwork deserves attention. Besides, artists have always explored unusual dimensions and experimented with 3D forms of expression. Metaverse is only the next step and the following stage of connection to the audience. Furthermore, it’s profitable!

Gamification – an opportunity AND a challenge

How do you deliver amusement that brings meaningful value to the metaverse? It’s tricky. Apparently, those who manage to do it will fly way higher over their competitors.

Critics point a finger at metaverse and call it superficial. This label can’t be applied to all, because there are many different techniques for increasing users’ interest and attachment.

It’s not a coincidence that computer games are the ancestors of the new web age because they’re fun, sophisticated, and captivating. Projects with an element of gamification engage the most people. The question is which ones serve you best.

To illustrate meaningful gamification, we can give an example with Fragmint, our NFT fragmentation app. We included a game component. However, that’s not all that Fragmint is about – the platform goes further by contributing to the decentralized economy and giving its users the possibility to form DAOs and trade.

No need to make human robots when you can design virtual people with nearly the same properties.

Apart from the avatars, in the metaverse, there will be a new population breed that exists solely to serve you. Because you don’t want to impersonate, let’s say, the bank clerk. Not that there is anything wrong with it…

At the moment, Soul Machines and other similar companies combine neuroscience research with technologies like Autonomous Animation and Digital DNA Studio to supply staff for the public sector and the customer service industries. And yet, this is just the beginning.

“The objective is to create 3D replicas of people, places and things, so hyper-realistic and tactile that they’re indistinguishable from what’s real, and then to intermediate any range of services.” the Meta researcher Noelle Martin shared with Financial Times regarding the digital people topic.

Metaverse blankets two worlds. Brands are doing the same. Real estate companies want to bite a big chunk of the new entertainment as well. What excites us the most, though, is that the event industry renaissance is on the way!

We have already embraced live, virtual, and hybrid events. Now it’s time to jump with both feet into the metaverse. We’re happy to announce that recently, we signed a partnership with the NFTist which means we’ll be curating all formats of events together, including metaverse ones.

People tend to take sides and question new technologies. Meanwhile, the new metaverse world is probably just how the Internet will operate soon. Even if we don’t use it for recreational purposes, our sense of wonder and thirst for knowledge won’t leave us out of it.

At Evedo we’re ecstatic about hooking up with the early metaverse birds. If you are too, stand by!

Industry Talks: MZK from Sublimes on being an NFT artist and the future of the space 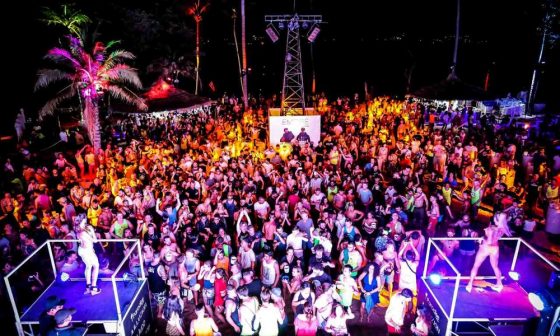 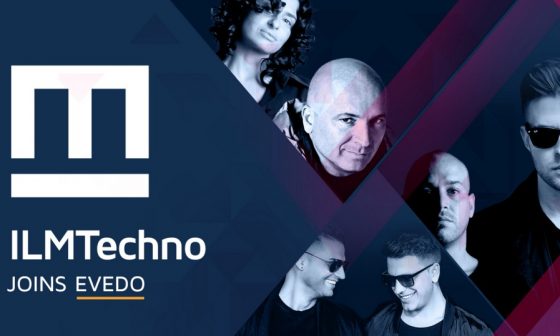 Read More
AAbout Evedo
ILMTechno is a part of the global music industry scene, working with and representing some of the most influential names in the current music and entertaining landscape. 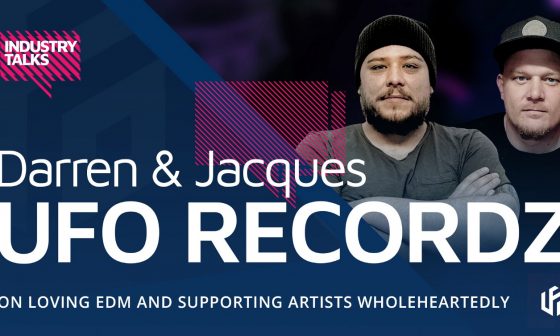 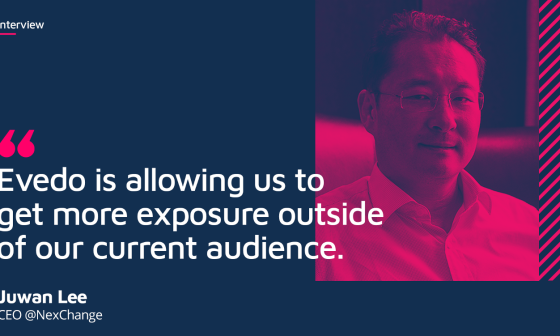 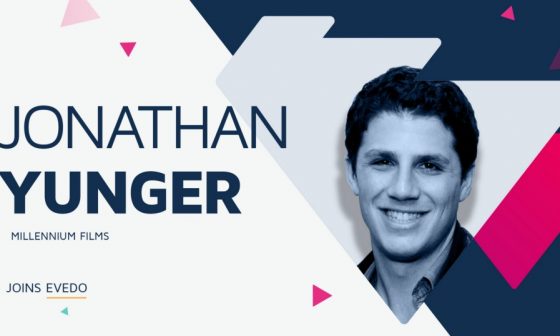 Read More
AAbout Evedo
An interview with Jonathan Yunger, adviser and strategic partner in evedo. Jonathan is sharing his vision on the future of events and event organising and how evedo can change the entertainment industry landscape. 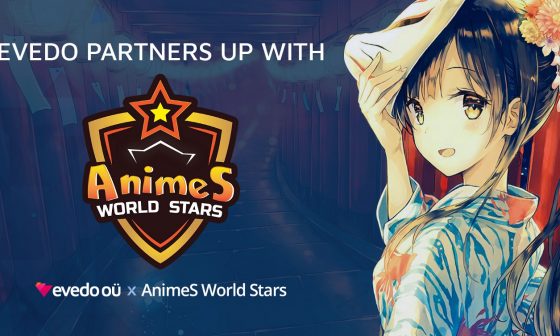 Read More
EEventolution
Are you an experienced cosplayer or someone who’d like to try something new and creative?